a work in progress

I have had the pleasure to live the life of a full-time artist, thanks to my family and to my life circumstances. I have been able to pursue different kinds of artistic adventures, predominantly in the music world, where I feel most at home.

My biggest passion is singing on stage and I have been fortunate to be able to do that on a permanent basis since 2009 at the Maribor Opera house. I have sung various roles, including Gilda in Rigoletto, Rosalinde in Die Fledermaus, Musetta in La Boheme, Eliza Doolittle in My Fair Lady, Norina in Don Pasquale, Lisa in La Sonnambula, Frasquita in Carmen, Aksinya in Lady Macbeth of Mtsensk, Katja Silvana in the Slovenian operetta Planinska roža (The mountain flower), Flora in La Traviata, Wellgunde in Das Rheingold, Berta in The Barber of Seville, Amor in L’incoronazione di Poppea, Nella in Gianni Schicchi, Suor Genovieffa in Suor Angelica, Giannetta in L’Elisir d’amore, High Priestess in Aida, 2nd Lady in The Magic Flute, Princess in Puss in boots, Leonora in Marij Kogoj’s Črne maske (Black masks), Olga in The Merry Widow and Curra in La forza del destino.

I have has also been a part of two world premieres of Slovenian children’s operas: As the Beast in Kdor upa, ne odneha (Hope never dies) by Vitja Avsec and as the Princess in Granatno jabolko (The Pomegranate) by Tomaž Svete. In 2014 I went on two tours of beautiful Japan with the SNG Maribor company. On the first tour I sang Frasquita in Carmen, on the second tour I sang the High Priestess in Aida. 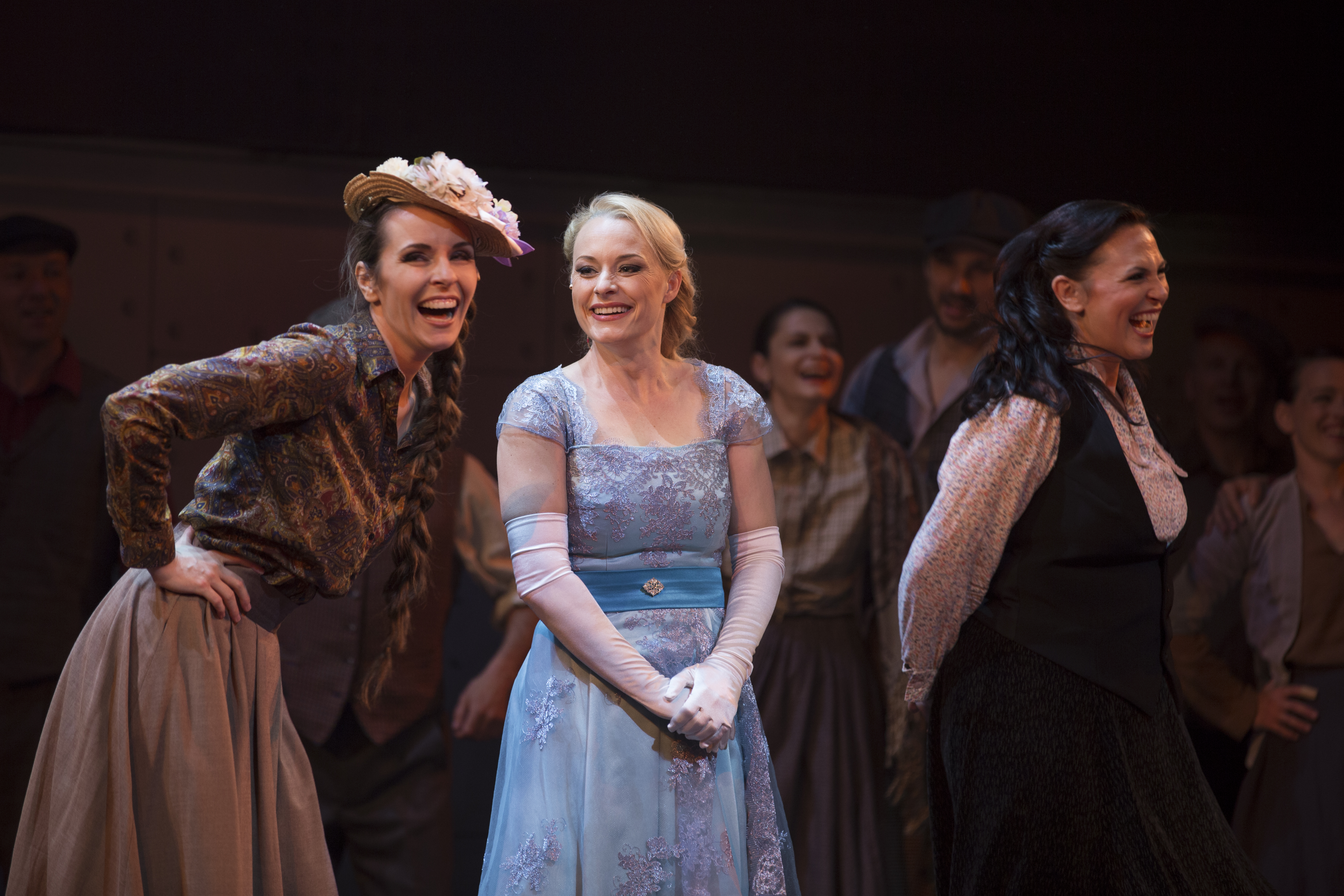 I have also sung with the Ljubljana Opera house. In 2012 I sang the role of Leonora in Kogoj’s Black masks. In the 2009/2010 season, I sang the role of Madame Herz in Mozart’s The Impresario which is a role I also sang with Yoriko Tanno’s shooting stars in Ottawa in 2006. 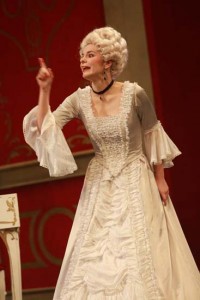 As Madame Herz in Ljubljana 2009

In 2013 I co-founded two musical groups, Čuden duo with Saša Olenjuk and the vocal trio ‘Serafine‘ with fellow singers Dada Kladenik and Mojca Potrč. Serafine have performed with the Maribor Big Band, ‘Toti Big Band‘, and at the Old Vine House, for the Golden Fox banquet in Maribor, at the Lent Festival, and a feature length concert at the National Slovene Opera House of Maribor. 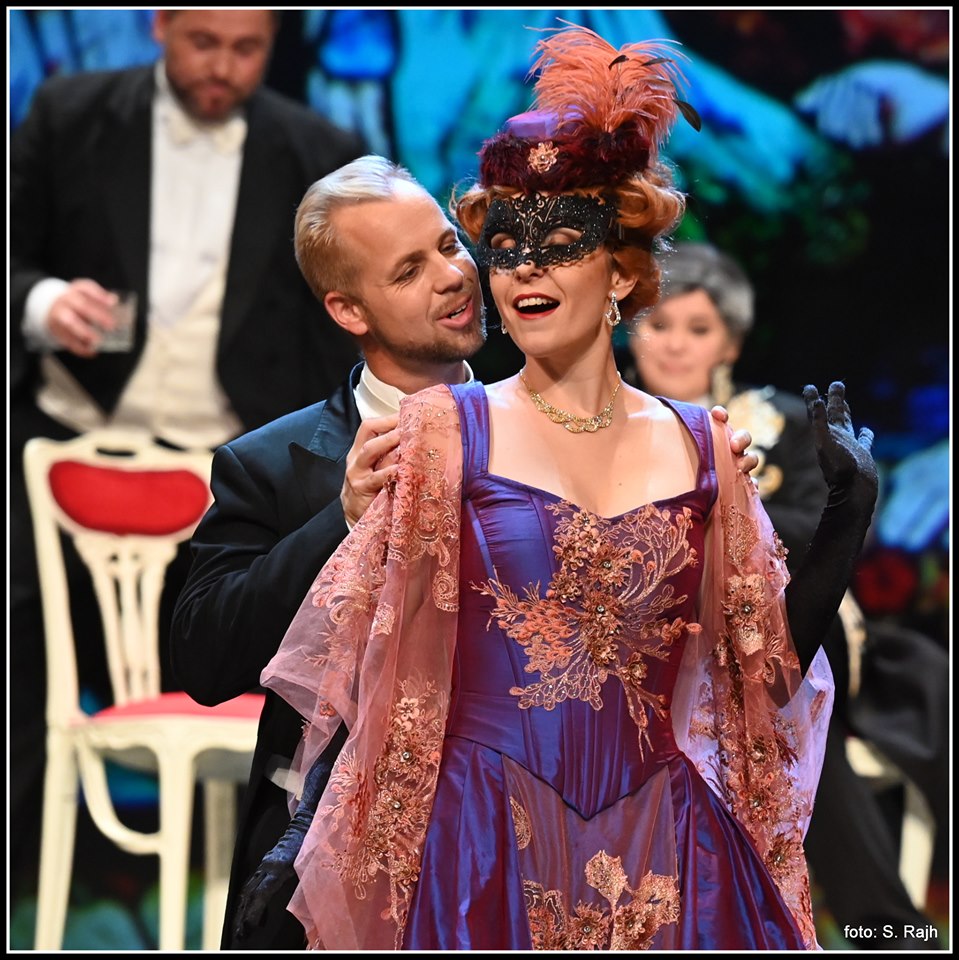 As Rosalinde with tenor Martin Sušnik as Eisenstein in 2019

In 2012 I co-founded the group Movazs with fellow singer Mojca Potrč. The group consists of cellist Zsofi Klascman, pianist Simon Robinson and ballet dancers Evgenija Koškina and Sytze Jan Luske. We have performed at the Lent Festival in Maribor.

As a lounge singer and pianist, I have performed across the Slovenian coast, most notably at the Lifeclass Hotels, Hotel Kempinski and Hotel Bernardin.

As an accompanist I have accompanied dozens of musicians from singers to instrumentalists (violin, cello, trombone, trumpet, double bass).

I have studied voice with Prof. Pia Brodnik in Ljubljana, Yoriko Tanno, Stuart Hamilton and Jose Hernandez in Ottawa and Toronto, Canada. I also attended various masterclasses with Croatian mezzo-soprano Dunja Vejzović, and Ulf Baestlein in Slovenia, Daniel Ferro in Italy and pianist Stephen Delaney in Austria. At the Kiwanis Music Festival as well as the NATS competitions in Ottawa, I received the highest awards and was also a finalist at the Canadian Music Competition. I also had the privilege to perform twice at the Ottawa Music Club concert series for young performers.

Serafine in concert in 2016

I have a Bachelor of Music degree in piano performance from Carleton University where I graduated with Highest Honours in 2004 and received the Medal of Music. I studied with the renowned piano pedagogue Verna Jacobson. 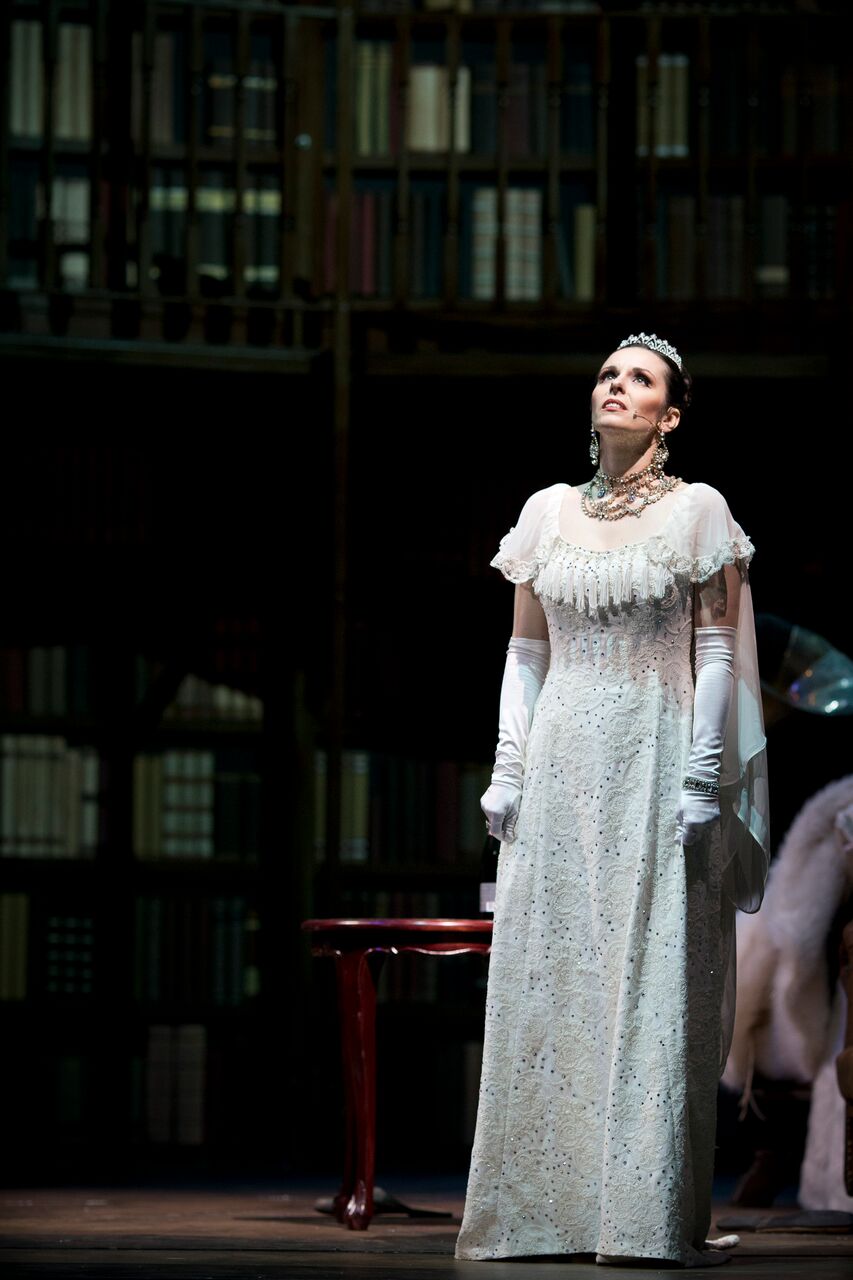 With Yoriko Tanno’s production Shooting Stars I performed in four productions from 2005-2007 as La Badessa in Suor Angelica directed by Stephanie Bogle, as the Evil Queen in Frederic Lacroix’ world premiere Snow White, as Madame Herz in Der Schauspieldirektor and as Rosalinde in Die Fledermaus, all three directed by Guillermo Silva-Marin.

As a teenager I performed at the Auersperg Theater in Vienna in a production of Molnar‘s play The Paul Street Boys where I played the lead role. As a 10-year old and the youngest member at the time I sang in the choir of the Vienna Conservatory under the musical direction of Prof. Otto Partman. We performed in various venues across Vienna including the Wiener Konzerthaus.

Theme by Anders Noren — Up ↑